trame is French for 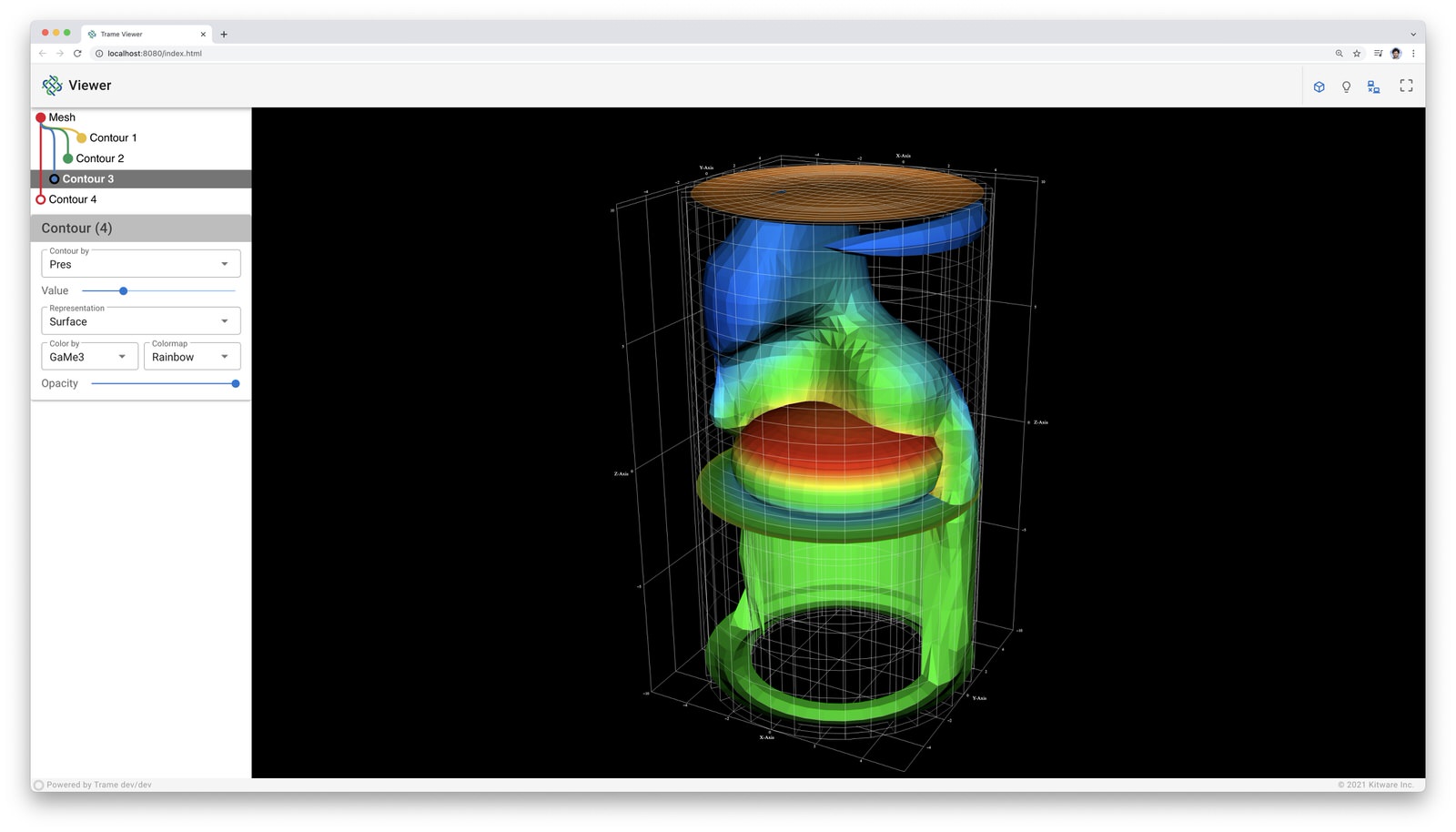 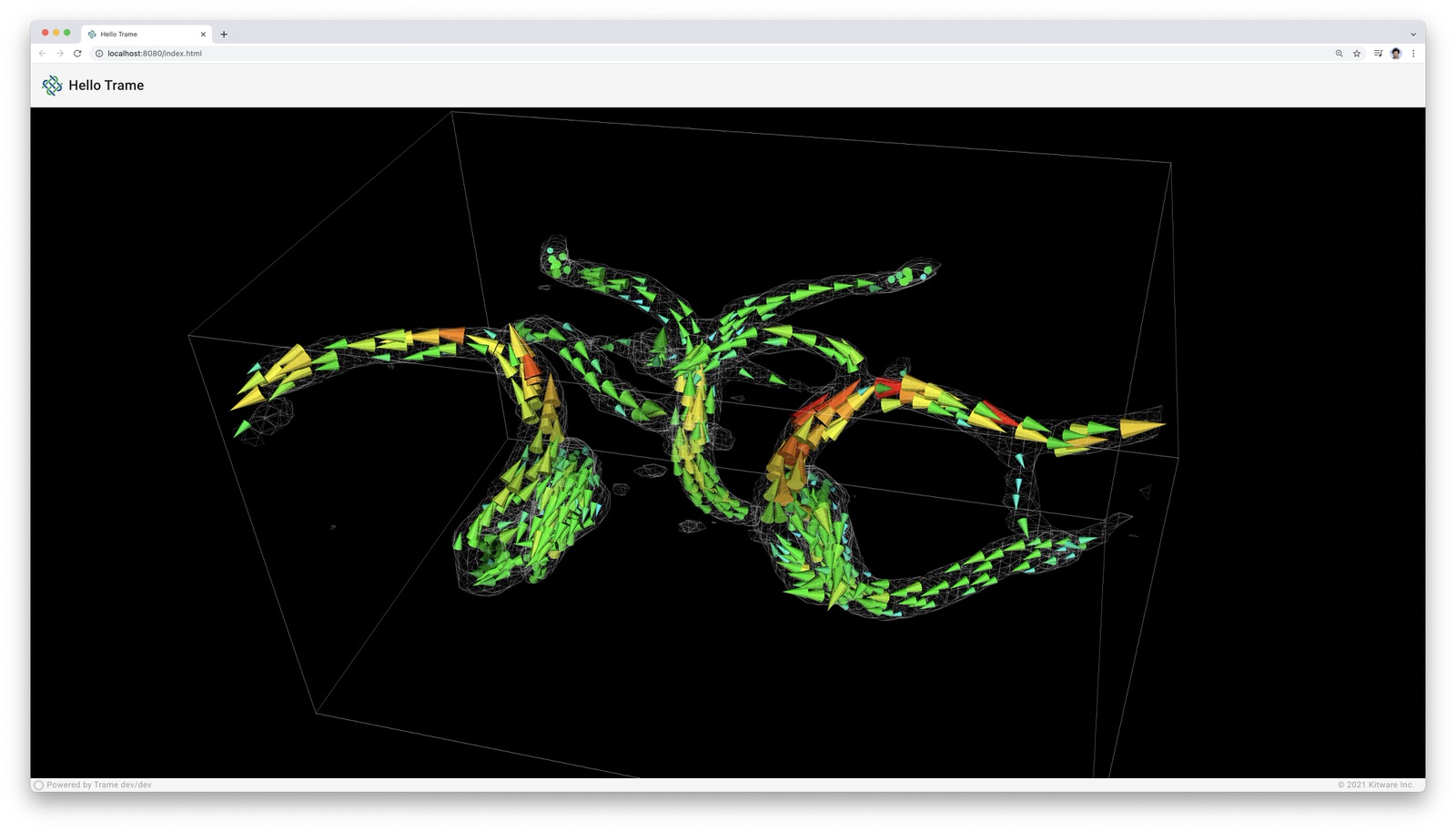 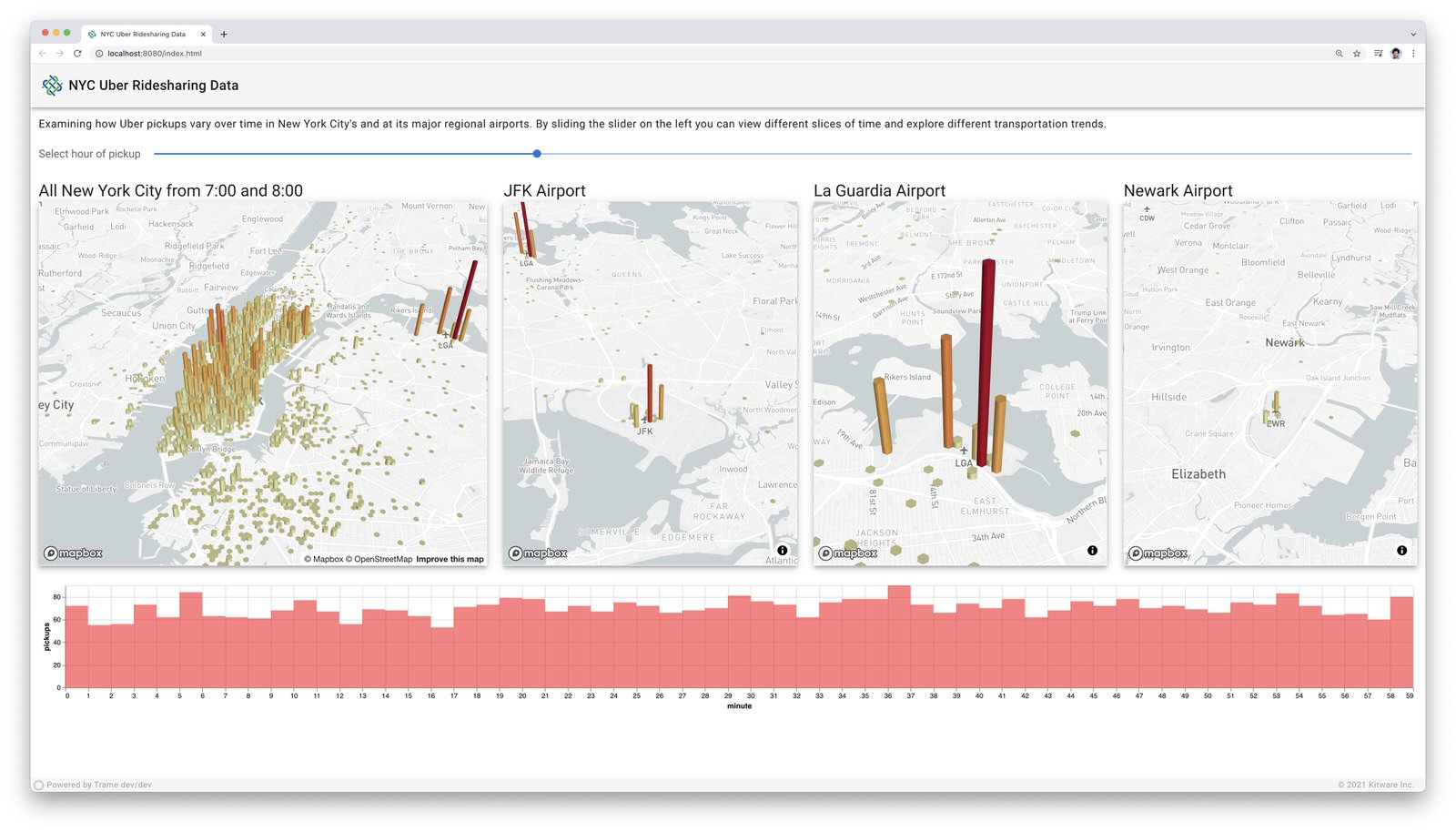 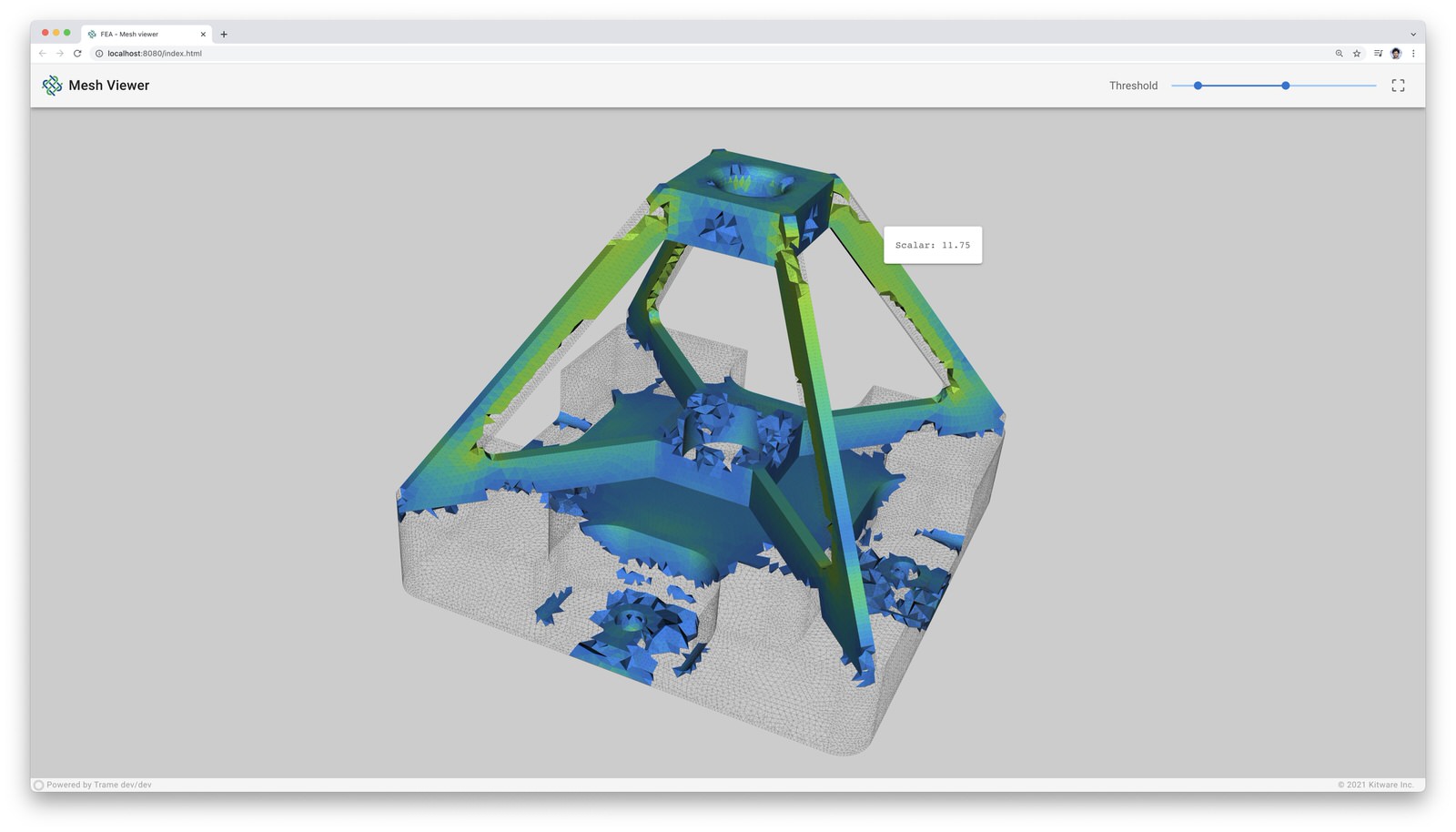 With best-in-class VTK and ParaView platforms at its core, trame provides complete control of 3D visualizations and data movements. Developers benefit from a write-once environment while trame simply exposes both local and remote rendering through a single method.

By relying simply on Python, trame focuses on one’s data and associated analysis and visualizations while hiding the complications of web app development.

trame can be installed with pip:

The Trame Tutorial is the place to go to learn how to use the library and start building your own application.

trame is made available under the Apache License, Version 2.0. For more details, see LICENSE

Share your experience with a testimonial or with a brand approval.

When installing trame using pip (pip install trame) you will get the core infrastructure for any trame application to work but more advanced usage may require additional dependencies. The list below captures what may need to add depending on your usage:

Life cycle events are directly managed on the application controller and are prefixed with on_*.

The shared state allow us to synchronize the server with the client. Rather than creating another mechanism to handle similar needs throughout the application we purposely reuse that state internally. To prevent any conflict with any user we are prefixing our internal variable with trame__*. In general those state values should not be use or changed by the user except for the one listed below: